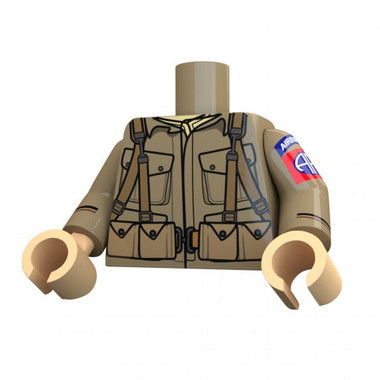 "The 82nd Airborne Division, like the 101st, also took part in Operation Overlord, Operation Market Garden, and the battle of the Bulge. The 82nd were first sent to North Africa to take part in the Invasion of Italy, where they conducted parachute assaults in Sicily and Salerno with success. The 82nd hold the distinction of being the first airborne division, becoming so on 15 August 1942. Since its initial members came from all 48 states (the 82nd was formed in 1917), the unit acquired the nickname "All American," which is the basis for their "AA" shoulder patch."